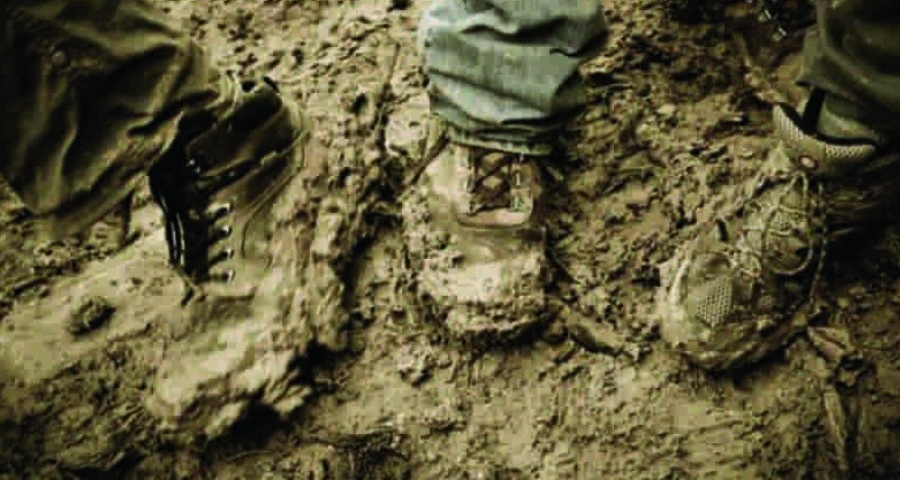 To all, Mexico is amazing. Working on clean water projects is even more amazing!

This is my first blog post and it is little intimidating, because I do not consider myself a great writer. Please indulge me as I express some of my views and feelings about our travels, growers, community, environment, and the wonderful employees that I am fortunate to work with each day.

I have the good fortune to work with people that bring inspiration to me and set new bars for what humanity can do to bring positive things to the world. I call them heroes and I learn from them each time I am around them.

With this in mind, I would like to share a story about my journey to Chiapas, Mexico to work on a water project for the coffee growing community called Aurora Esquipulas. This is a project funded by “On The Ground Global”, or OTG for short. I am currently serving one the board of OTG – hence the purpose of the journey. Please take a moment to check out OTG at http://onthegroundglobal.org.

The first day, I arrived in San Cristobal de Las Casas, an old colonial city near our coffee growers in this region. This is our jump point into the region. I arrived late to Thomas’s house with just enough time to grab a few killer tacos across the street and a cold beer. I slept great even at such a high elevation (about 10,000 feet above sea level) and I was ready to begin working.

On the way up the journey was long, mountainous, and muddy. The cliff overhangs made me hold my breath as I looked out the window, yet the beauty of the mountains and landscapes calmed my nerves. The conversation in the vehicle was fascinating; each person was just as interesting as the next. On one side of me there was Vivian who works with organic olive growers in Palestine to bring new olive trees to the growers who are losing trees due do the conflict with Israel.

On the other side there was Paco who works for a non-profit in Mexico to promote journalism in indigenous communities. Then there was Matt from Just Coffee, a dear friend who is a fellow member of Cooperative Coffees, like Amavida. Also aboard for the ride was Aaron Davis and his wife Chelsea from Traverse City, MI who were on a longer trek to produce a documentary about Fair Trade with the coffee growers we work with in Central America. I wish I could have continued with them on their journey.

In the truck ahead was Bruno who lived and worked locally to oversee clean water projects for “On The Ground Global”. Chris Treter, the founder of OTG was also in the truck ahead with Reinaldo and Juan from the Maya Vinic cooperative. Juan and Reinaldo serve on the board of the Maya Vinic cooperative and are members of the community of Aurora Escuipulas. Amavida’s Mexican coffee is from this cooperative. We often have the coffee for purchase on online when it is in season.

On the way to Aurora Esquipulas, we stopped at Acteal. Acteal is a long discussion, so I will limit to a few brief comments and photos. In Acteal there is a site where 45 men,woman, and children were killed in a church due to their solidarity with the Zapatista movement. The massacre occurred just a few days before Christmas in 1997. The people inside the church were pacifists and the memorial site forces the viewer to pause and ask why such things happen. What instigates human beings to commit such cruel acts?

When we finally arrived to the clean water project in Aurora Esquipulas we were greeted by a very welcoming group. The first thing that was noticeable was the colorful, beautiful clothing worn by the woman and children and the atmosphere given off by the people was warm and inviting. They were kind and humble and I felt welcomed albeit a stark contrast in our cultures.
The ground was saturated by rain and my shoes quickly became covered in mud as the streets were made of only dirt. Everywhere we walked the slopes were muddy and slippery, yet the locals, donned in simply rubber rain boots, scaled the slopes with grace. For us it was like skiing first time. We held back, stiff-bodied, trying not to fall. Some did fall. I escaped a muddy fate as I was assisted by a local who was holding my arm. I felt out of my element like a child holding on to an adult for security. After a while I figured it out. I simply had to let go and things were much easier. I was then secure, a professional, and ready to race. No one took me up on it, lucky for me.

At the clean water project site, the community had organized and all-day celebration for the completion of the project. They put up a tent with tables and some of the children were playing drums and a xylophone. Almost all of the people were gathered and they clearly showed their appreciation for the support. It was apparent how important this water project was to the community. They were proud of the completion because they did all of the labor and directed almost all of the decisions with the support of OTG.

When we began eating, we were served first. They were clearly putting us above themselves, which made me uncomfortable. My tensions eased as I began to understand that this was customary. They were just being good hosts. After we were served the woman and children ate. This was wonderful and showed how much the men respected their woman and families. The men and children served and cleared the tables.

The music never stopped, thought the musicians and instruments changed. Music is very important to the culture in Mexico. It is their Internet, their TV, their iPhones, with the exception being that they enjoy it together as a community. Music is a big part of celebrating life. I asked one gentleman about the music. He proudly responded that the two young men playing the xylophone and drums were his sons. I asked where they learned to be so talented and he said that he had taught them, but they had far surpassed his teachings. “Why do the women not play?” I asked. He responded by saying “that’s just the way it is”. He later told me that some do play instruments, but are too shy to play them in public.

The festivities continued. More music and a presentation on behalf of the community elder. Many spoke as we all listened. Chris and Matt were presented with a papaya as a token of gratitude. A ribbon cutting followed with rockets being launched. The celebration was large, showing how important it was that the people of this small community were able to own this project and were not directed by OTG. They were supported. Because of this involvement, they will be able to maintain the clean water projects. This also makes me feel proud to be part of OTG because they seem to understand what involvement is necessary where so many other NGO’s struggle to be effective. It’s the sustainability of the community that’s so important.

We retired to a house in the community after many hours of celebration. We were graciously invited into a home by one of the families in the community. All six of us and the family were separated by none other than a blue tarp. They brought in thick wooden planks and placed them on concrete blocks, creating an elevated platform. We then placed our sleeping bags on top and made our beds.

Aaron and Chelsey worked on the video footings in the dim light and Matt played his ukulele as children walked in and out on a revolving basis . They were curious and appeared much at ease with us. It was apparent this was a community where children were safe and free from crime as they were so trusting. Their smiles and laughs made us feel comfortable in our new home. It was very peaceful and I wished my family was there to share in such beautiful moments.

Further in the night, runs to the restroom proved challenging. Once again I pulled on my muddy shoes and skiied down-hill in the rain and mud where I performed a balancing act across a slick bridge over a creek. The moon was my only light to keep from falling.

In the morning, we enjoyed coffee and tortillas with eggs. After breakfast, we met with the coffee growers to listen to their concerns about the upcoming crop. They communicated that the price of coffee is down from last year and that they can barely make ends meet. As importers, this is a common issue because growers are tied to the price set by the NY exchange market. As of today, this is higher than Fair Trade prices but not high enough. On our side, we pay higher than the market but we still have to be able to price competitively in our markets in order to survive. Hence, the dilemma.

The group here in Aurora Esquipulas are also aligned with the Zapatista movement, which means they do not receive government support. We will discuss possibilities to help with the rest of the members and board of Cooperative Coffees.

The we were off to the bodega at Maya Vinic to meet their cooperative members and hear their concerns. There were about 30 delegates in the meeting hall so we each introduced ourselves then went around the room for discussion. Once again, price is a main concern.
We walked through the nursery admiring the new program to institute macadamia nuts in the coffee lands. This is fairly common as they provide good shade for the coffee trees and an alternative source of income. I have seen this in our cooperatives in Dominican Republic and in the Sierra de Las Tuxlas community in Veracruz, Mexico. It is a great program.

We journeyed back to San Cristobal to Thomas’s house with many getting sick on the way. We suspect some contaminated water. I was a lucky one, escaping the sickness, but empathized with those who did. They were bed-ridden until the next day.

I journeyed through San Cristobal on foot in awe of the new changes since my last visit. It was vibrant and healthy with lots of restoration and new businesses. It felt safe and was a place I would recommend for a short vacation.

Working on clean water projects with On The Ground was everything I imagined and more. OTG is making a difference in a way that most others can’t seem to grasp. They are creating a sustainable environment for the communities of Chiapas, Mexico. I couldn’t be more thankful to make Amavida a part of it.

What I’ve Learned About Coffee: Farming