Today is the beginning of something new; Today we introduce Coffee Tails! Here starts our new blog series where you get to know the Amavida Coffee team through the tales of their pets.

First up, meet Brock and his person Jennifer Pawlik. Jennifer began working at Amavida in 2013 as an intern focused on helping Amavida earn B Corp Certification and has since become full-time Program Manager and Benefit Officer. As much as you may want to dissect all the details of her job description, we thought it would be more fun meeting Jennifer’s pup. This article will let you see a different side of Jennifer, breaking down the wall of the elusive manager, and showing her through a different set of eyes— canine ones, specifically. Today we are going to be talking about Brock Lee Samson, a rat terrier mix with light brown eyebrows that will melt your heart.

This wonderful dog first met Jennifer over ten years ago! At the time of their meeting, Jennifer was at a point in her life where she needed a friend. It was the summer of 2009, the first time in her life that she did not have a dog around and it felt like something was missing. Jennifer and her boyfriend (now husband), Mischa, went to Alaqua Animal Refuge – a local, no-kill animal sanctuary – to look for a new friend. Mischa was the first one to meet Brock. All of the puppies were cute but they were immediately drawn to Brock by his adorable light brown eyebrows and sweet demeanor. A few days later the adoption was finalized and the whole ride back to his new home, Brock was a “cuddle bug”. 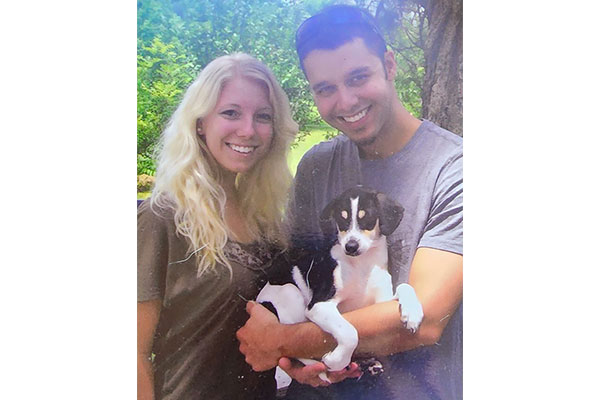 Each pet has a unique personality that makes them special, and Brock is no exception. One of his unique traits is his extremely independent personality. Even though he asserts his own independence, Brock remains very loyal to Mischa and Jennifer. In addition to his loyal and independent nature, Brock is also a very social pup. Jennifer told me when she and Mischa go to any social gathering, they will bring Brock with them. When they arrive, Brock looks up as if to say “Okay, I will see you guys later” then walks off, introducing himself to every person there. He will be on his own for a while, meeting and making tons of new friends. After a while, he will eventually find Mischa and Jennifer to check in and make sure everything is okay before going back to his mingling. Once it’s time to go however, Brock is right there at Jennifer and Mischa’s side. Jennifer also told me about how Brock is very proper, with excellent posture. That is, until he sits down. Once Brock sits down it’s like he melts into a seating position, collapsing into whatever space looks comfortable.

The funniest memory Brock and Jennifer share; one that has inspired an entire series of artwork by Jennifer’s mom, Tish Griffin, is when the two of them went to go get breakfast and run some errands. Jennifer had her to-go mug filled with Amavida Coffee and had to get out of the car for a second, leaving her coffee in the car with Brock. Brock isn’t like most dogs – you can trust him with food items; he will never eat them. Today was different however, and Jennifer discovered something new about Brock that made her love him even more. When Jennifer got back in the car she looked down at the now empty cup and thought to herself “Huh, I don’t remember drinking that coffee”. As she looked up at Brock, thinking about the coffee and rationalizing its strange disappearance, he opened his mouth and the suspiciously missing drink spewed out, covering her car. To this day, the only thing that Brock can’t be trusted with is coffee. Yet, ultimately, how fitting it is for Brock and Jennifer to share a mutual love of coffee.

Here we are twelve years later, reflecting back to the first night Brock went home with Mischa and Jennifer as a part of their family. It was very early in Jennifer’s relationship with Mischa, and they were still figuring themselves out together; now with Brock along for the ride. She remembers cuddling up with Brock that night and looking at him, thinking about all the memories they were going to make together. A dreamer by nature, Jennifer thought about how Brock would be there for so many meaningful moments in her life. Through her college graduation, as she pursued her career, as she and Mischa would grow together, starting a family of their own. For all the adventures and experiences they were yet to imagine. To this day, Brock, Jennifer, Mischa, and now their daughter, Jolene, continue to make new memories together and grow as a family. 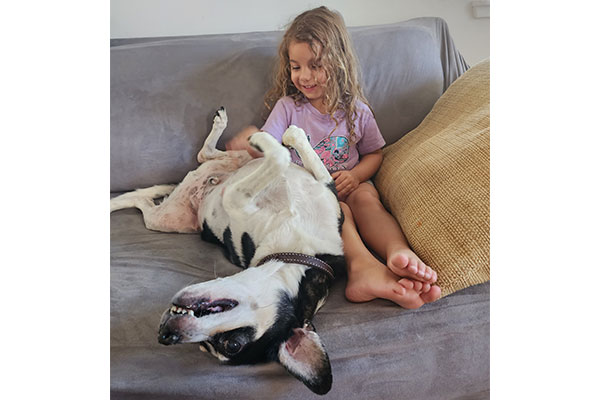